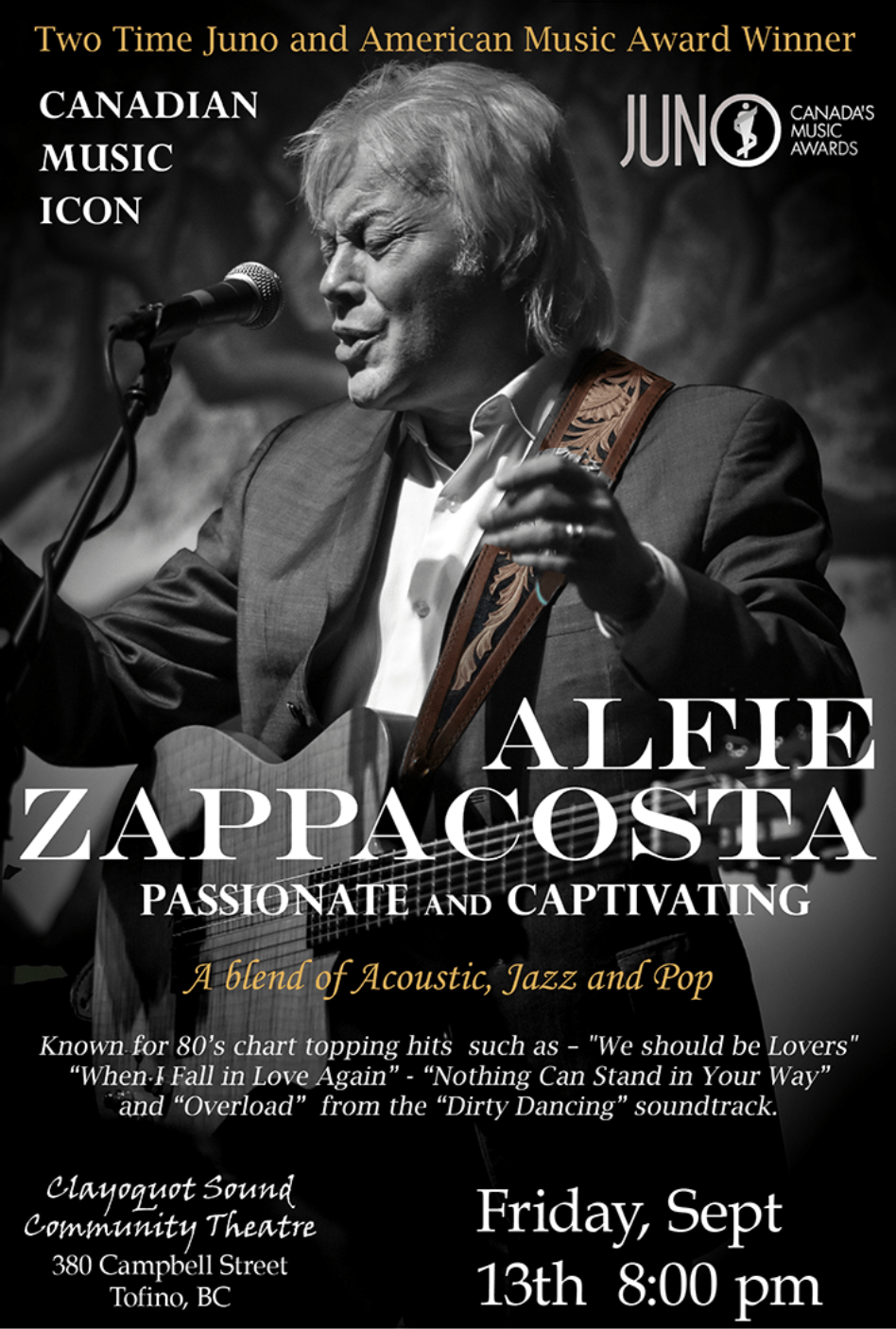 Undeniably Alfie Zappacosta is one of Canada’s premier songwriters and performers, his “chart topping hits”, recordings and acting career has spanned over 40 years.

Zappacosta is an extraordinary artist at the peak of his abilities. A brilliant musician. Powerful songwriter and live performer. His unique vocal ability and emotional delivery have been hailed a masterpiece. In 1988 he was awarded Junos for “Album of the Year”, “Most Promising Artist”, and American Music Award for “Most Popular Album of the Year” as well as named the CanadianPublisher’s Music Association’s “Best Rock Star”. His songs, “Start Again” and Nothing Can stand In Your Way” became staples on Canadian contemporary radio and Zappacosta became a personified Rock Star. Alfie penned and sang. “Overload” exclusively for the multi-platinum soundtrack “Dirty Dancing”.

Today Zappacosta is still going strong as he performs renditions of his life’s work across Canada, touching the hearts and souls of discerning audiences. Recognized and honoured for his life’s work, in 2018 CBC radio aired his life documentary “No Avoiding Clichés. Also in 2018 his new live album “Strings Attached” was released and a Toronto neighborhood named a street “Zappacosta Drive”. Zappacosta’s followers describe his live concert performance as spellbinding; sophisticated, intimate and intense. From the first notes of his song, he sets the mood and tone for an exceptional evening, not easily forgotten.