Stephanie will bring the stories of these pioneers to life in an evening of history and refreshments at the Tofino Legion, March 21, 7:00-9:30 p.m 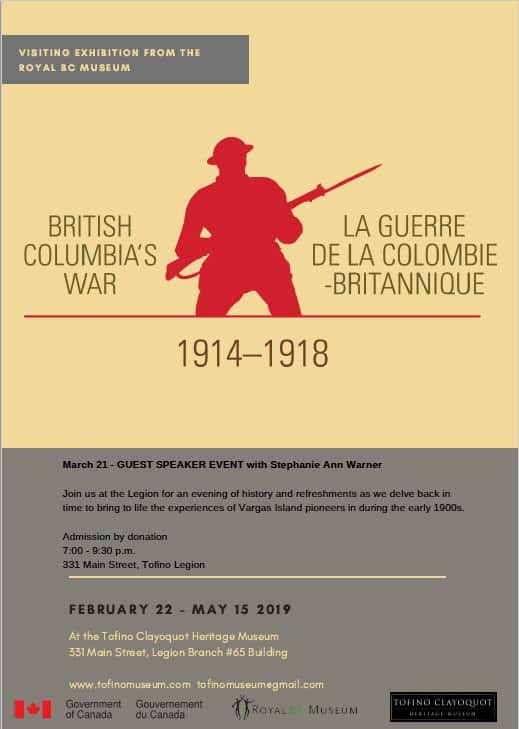