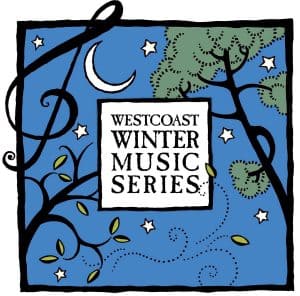 Equally at home in an intimate lounge setting or an outdoor festival stage, Edie Daponte has established a reputation in the music scene of Vancouver Island and Western Canada as a dynamic and engaging performer. Edie brings passion, playfulness and an evident love of performance to her live shows.

Emotive, playful and passionate, Edie’s voice lends itself perfectly to a wide range of jazz standards, seamlessly moving from jazz to Bossa Nova and back again, switching between English, Portuguese, Spanish and French numbers with ease.

A regular performer in her home town of Sidney as the house singer for the Beacon Landing, Edie has performed at festivals including the Victoria Jazz Festival and the Vancouver Latin Festival.

At her Tofino concert with the West Coast Winter Music she will be accompanied by talented musicians, Joey Smith on bass, Karel Roessingh on piano and Damian Smith on drums. Together they create a wonderful atmosphere, engaging audiences large and small, drawing the audiences in and rewarding them with classic numbers they love to hear. 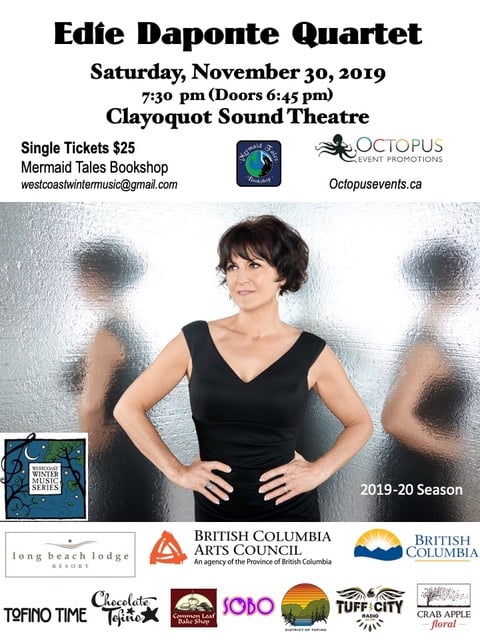