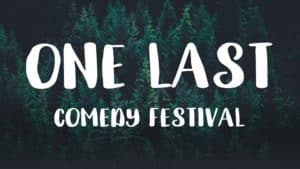 Description:
As the Fringe Festival Circuit comes to a close for another year, 3 veteran touring acts (Including International sensation Jon Bennett) are holding tight, to bring you 3 last shows, to 3 last towns, in One Last – Comedy Festival.