A cover-up that spanned four U.S. Presidents pushed the country’s first female newspaper publisher (Meryl Streep) and a hard-driving editor (Tom Hanks) to join an unprecedented battle between the press and the government. The two must overcome their differences as they risk their careers – and their very freedom – to help bring long-buried truths to light.

Nominated for 2 Oscars – 94 other nominations! 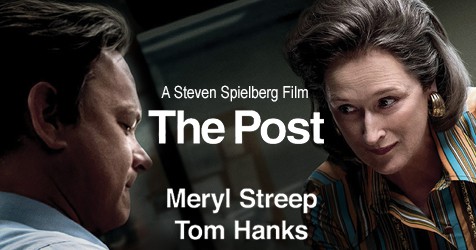