The Shape of Water

Home Events The Shape of Water

A Fairy Tale for Troubled Times.

Elisa (Sally Hawkins) is a mute, isolated woman who works as a cleaning lady in a hidden, high-security government laboratory in 1962 Baltimore. Her life is changed forever when she and co-worker Zelda (Octavia Spencer) discover a secret classified experiment.

Earned two Golden Globes and was nominated for 13 Oscars! 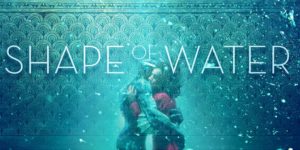