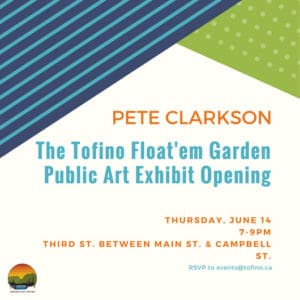 The event will take place along the sidewalk in front of Pete’s installation on Third Street between Main Street and Campbell Street and include light snacks and refreshments. Please RSVP to events@tofino.ca . 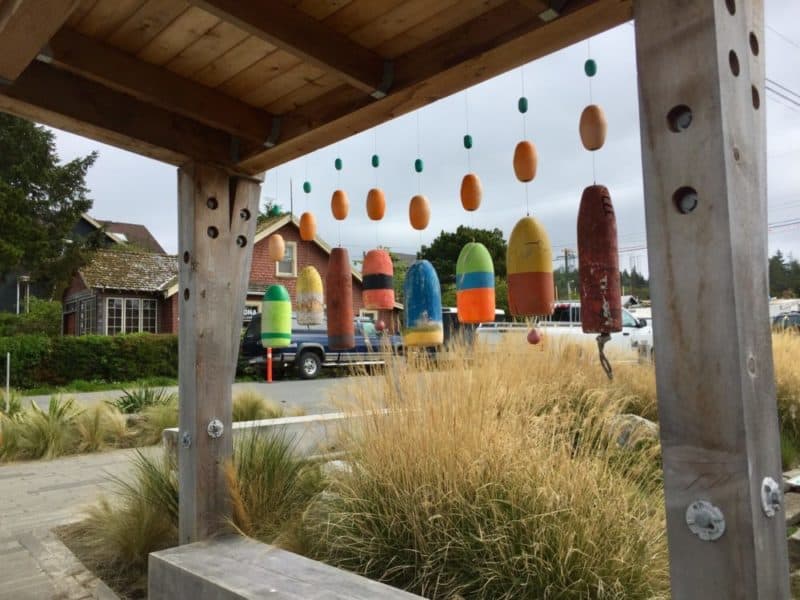 ‘From Sea to Tree’

The ecological relationship linking the ocean, salmon, streams, and forests, is a compelling lesson about ecosystem connectivity. As salmon move from stream to sea and eventually back again, they replenish the streams, riparian forests and an astonishing array of fish, birds, invertebrates, amphibians and mammals.

Marine debris can have a strangely similar cycle. It’s often washed into streams that carry it down to the ocean. Eventually it either sinks or is transported by the currents until it ends up back on land. Along the way, the debris is tragically ingested by a host of fish, birds, invertebrates and mammals.

From Sea to Tree is constructed using some of the most commonly found debris. Based on coastal cleanup data, fishing, aquaculture and shipping are responsible for 30% of all ocean plastic. Recent studies at sea suggest this may be even higher. Lost or discarded ‘ghostnets’ alone account for 46% of the total mass of debris within the Great Pacific Garbage Patch.

Fish floats and buoys comprise a large percentage of the marine debris found around the world. It is a sad irony that fishing and aquaculture, industries that depend on healthy oceans, are responsible for so much plastic pollution.

The Float’em Poles are an allegory that we are “fishing down the food web”, systematically targeting species at ever-decreasing trophic levels. Each float represents a different species along the spectrum, from the largest apex predator to the tiniest primary producer. Together they symbolize the unsustainable demands we are placing on the totem of marine life.