Temperatures in Canada are dropping. Fast. So much so that when we told someone on Long Beach, Tofino that we were camping nearby they looked at us like we were kidding. Nope. Camping. In a tent. In October. In Canada. And actually, it was pretty decent.

While we do wish we had brought two zero-degree rated sleeping bags instead of just one, pitching at Green Point (Pacific Rim National Park’s seasonal campground) was easy. We got an ocean side, desirable spot with no problem on a holiday weekend, as only a quarter of the campground was occupied. With the ocean waves roaring in the distance, and tall old growth trees blocking out any light around us, we slept deeply, for hours the first night and could barely believe it was near 11 o’clock when we woke up. Great to catch up on some sleep, but also cut into our time for the short weekend get a way.

In order to make the most of the weekend this is what we did:

Brunch at The Point Restaurant, The Wickaninnish Inn. 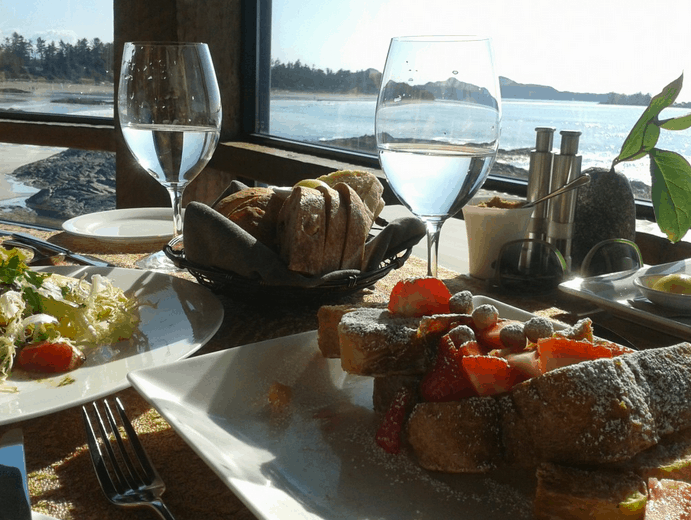 I’ve heard a lot of this place and while fancy hotels are nice, the $350 a night was out of my budget.  However, the $19 breakfast was not. Sitting beside a freshly cleaned window with a fireplace behind us, we gazed out over the rocky headlands looking southwards along the length of Chesterman’s Beach.  Breakfast was delish, the service was excellent, but it was the view that made this place. Afterwards we strolled from their beach access to walk along the golden sand past the tide pools among the rocks.

Hiking in Pacific Rim National Park Reserve and around the Peninsula. 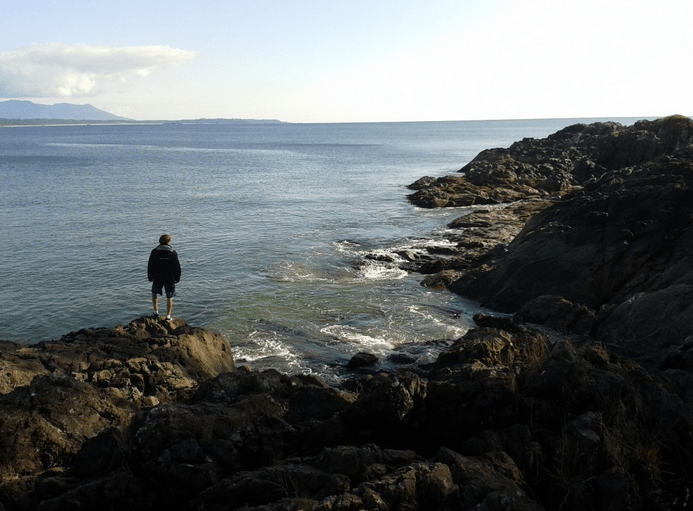 Ok, we didn’t do the West Coast Trail which is the famous 5 day hike that I’m itching to do, but we did a series of short strolls through rain forests with lush and densely green old growth forests. Ancient cedars rise above, while mossy ferns grow beside the boardwalk trails. Vistas lead to rocky outcrops, with the Pacific Ocean pounding against its’ shores. Ucluelet’s Wild Pacific Trail and Pacific Rim’s Schooner Cove were both relatively flat, easily done within an hour or two, and highlight some amazing coast lines and vegetation. 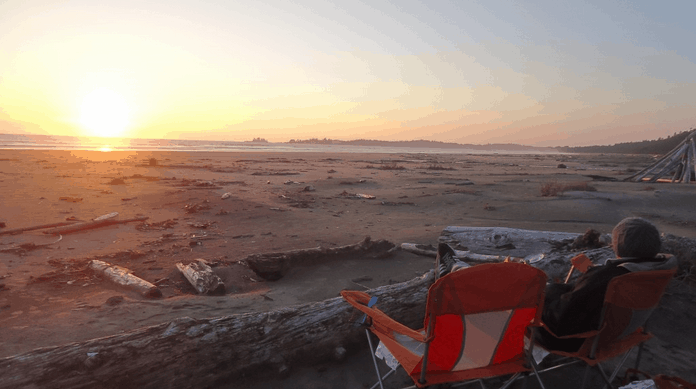 Tofino and Ucluelet are the closest cities to Long Beach, and their combined population is under 4000 giving Long Beach a dark sky appeal. Hiking down from Green Point to Long Beach was an easy 5 minute path. Park rules include that no beer, fires or anything fun shall be had on the beach, but beaches are unsupervised. . . . Just be sure to clean up after yourself and act responsibly. 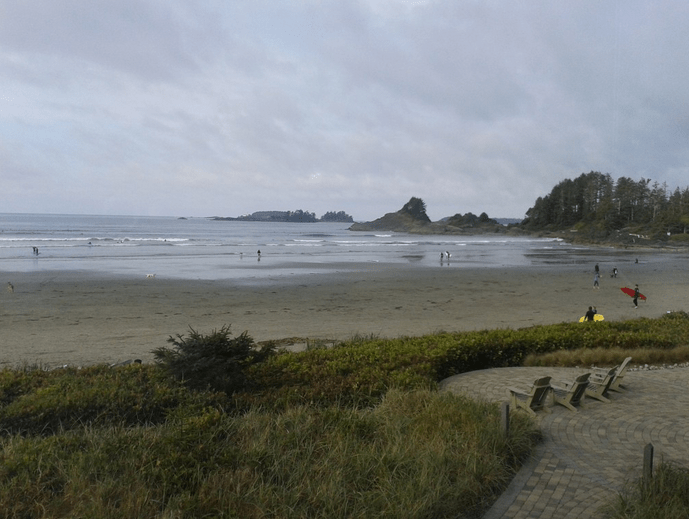 Another spot with large windows facing the ‘windswept beaches of Tofino’, this time overlooking Cox Bay. Continental breakfast is served to the hotel guests first, but after 11, hot breakfast can be ordered and the views become a lot more sweeping as the fog dissipates. 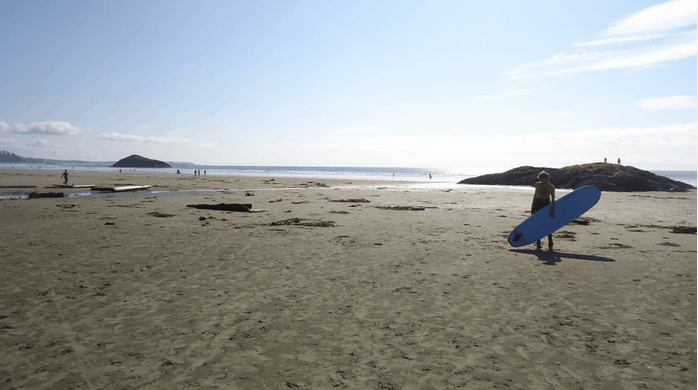 The same rolling waves exist at both Long Beach and Cox Bay in a beginner’s eye. Watching how busy Cox Bay was, and me being a nervous beginner, we opted for the extra 10 minute drive to Incinerator Rock on Long Beach. It’s in the National Park, which due to park fees and distance from town, it deterred most surfers and gave us plenty of room to try to catch the waves.

In a full wet suit and booties, which were nearly impossible to get on and off, I was comfortable enough to be on the water for a few hours. Unfortunately, my coordination was not and I was using the board more in a style of boogie boarding. But boogie boarding is equally as fun.

Plans for next time.

Despite ranking this get a way high in our opinions, we didn’t have enough time to do very much at all. Next years plans for Tofino include getting a kayak for a few days to paddle to the offshore islands of Tofino. Apparently, one can sleep on the white sandy beaches of Vargas, head to Meares to climb the Lone Cone Hike which provides panoramic views of the Clayoquot Sound, and in our case, we’re hoping to take a few days to paddle the 26 nautical miles out to Hot Springs Cove.

For more pics from the trip, check out my instagram feed.