Go as far West as possible to unwind at “the end of the road.”

The locals call this charming resort town on the western edge of Vancouver Island “the end of the road” because it’s as far west as you can drive in Canada. And while you may know it as Canada’s surfing paradise, Tofino offers far more than just great waves. Here’s why we think it just might be the best vacation spot in the country.

Tofino is a place of contrasts. You’ll find remote beaches strewn with driftwood, sand dollars and dense coastal rain forests that have remained untouched for thousands of years; bears and eagles, seals and sea otters, and all manner of wildlife; and on the flip side, all the creature comforts from stellar accommodations to top-notch dining. All in perfect harmony.

2. Getting there is its own reward.

Of course, before you can enjoy it, you have to get there. It wasn’t until 1959 that you could wind your way through the mountains that separate Tofino from its nearest neighbour, Port Alberni. Today, getting here by car is a spectacular, white-knuckling kinda drive. Flying can be an adventure too – Tofino’s tiny airport is only accessible to small planes and fog can derail landing plans (if that happens, your pilot will be diverted to one of the nearby airports and you’ll be shuttled in). Either way, it makes finally getting to Tofino even sweeter.

3. Because here’s the sheer ridiculousness that’ll greet you: 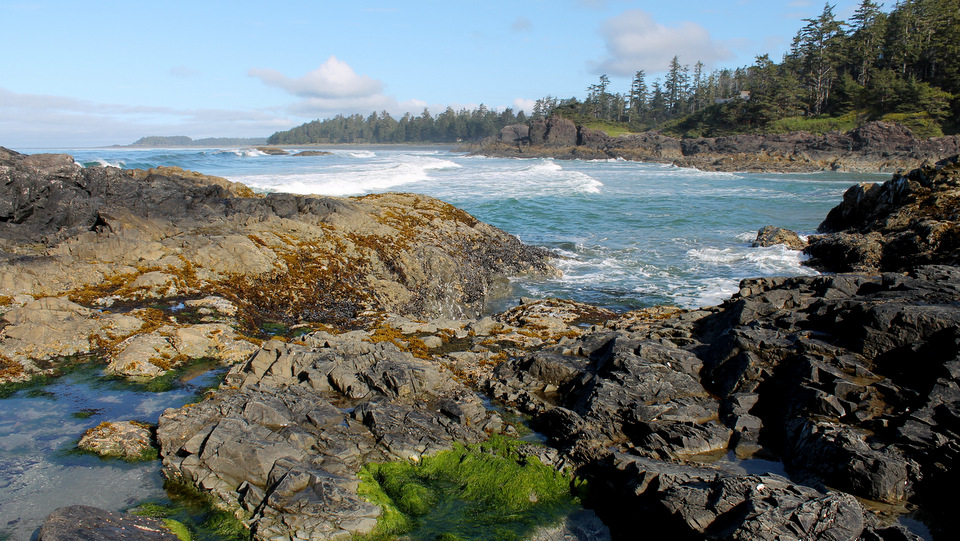 If you’re the type who gets stressed when the reception bars on your phone go down to zero, you might have a take a chill pill — cell reception in Tofino tends to be spotty. But there’s no better excuse to turn on your out-of-office autoreply and forget about the rest of the world. Remember when vacation was always like this?

5. And there are no ubiquitous chains.

No Starbucks, no golden arches, no Wal-Mart. Part of the reason the town doesn’t feel like everywhere else you’ve ever been is that in 2010 the District of Tofino introduced a bylaw banning new franchise operations.

Get on board at Tofino Paddle Surf, where Catherine Bruhwiler, a native Tofitian and holder of the Canadian Women’s National Surf title, teaches stand-up paddle boarding and surfing to all levels. ($90 for two hours of group instruction.)

7. There’s no better lullaby than the sea. 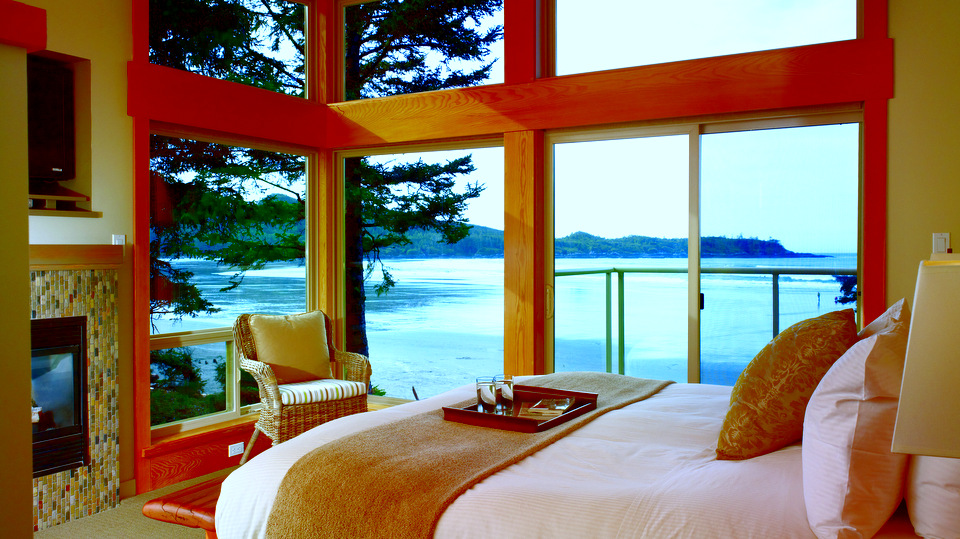 Sure, all that fresh air and time on the water do half the job, but nothing will sing you to sleep more sweetly than the roar of the Pacific just outside your door. AtPacific Sands Beach Resort, every room looks out over rugged, gorgeous Cox Bay — many with wraparound floor-to-ceiling windows. Sleeping with your sliding doors open is highly recommended. (From $156 per night.)

8. Even the bad weather is a draw.

The majority of Tofino’s five annual metres of rain typically falls between November and March, with peak rainstorms from December to January. Anywhere else would call the conditions a wash for tourism and declare it the off season. Not so in Tofino, where “storm watching” is now a thing. You can bundle up in a rain suit and wellies and take in the weather from the beach or cuddle up inside and watch it all fireside. Scroll back to #7 for our favourite vantage point.

9. When the power goes out, the price of ice cream comes down.

It’s not all that uncommon for the power to go out in Tofino. When it does, grab a flashlight and get thee to Chocolate Tofino, an exquisite chocolate shop and gelateria that uses local ingredients such as foraged blackberries and Vancouver Island honey. Though the ice cream will likely last a lot longer than the outage, owners Kim and Cam Shaw sell scoops at half price. Ask about the secret menu, featuring special flavours such as salted caramel and what Cam describes as a “pretty un-kid friendly” rum raisin.

10. The art’s as beautiful, and meaningful, as the nature. 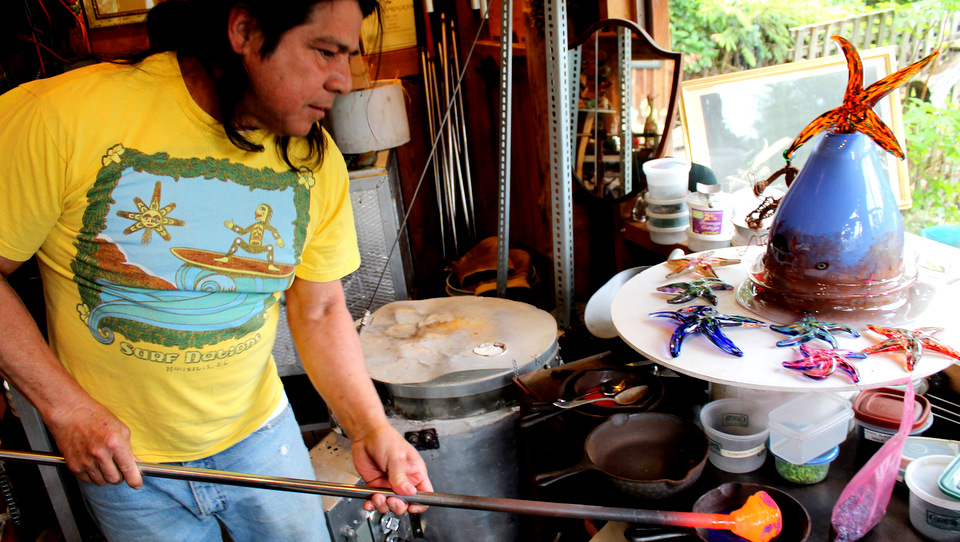 Local artisans such as Sol Maya, a glass blower and surf nut, take inspiration from the natural beauty that surrounds them.

Tacofino, Shelter, Sobo, to name but a few of our favourite spots. Would it be overload to try them all? We don’t think so. 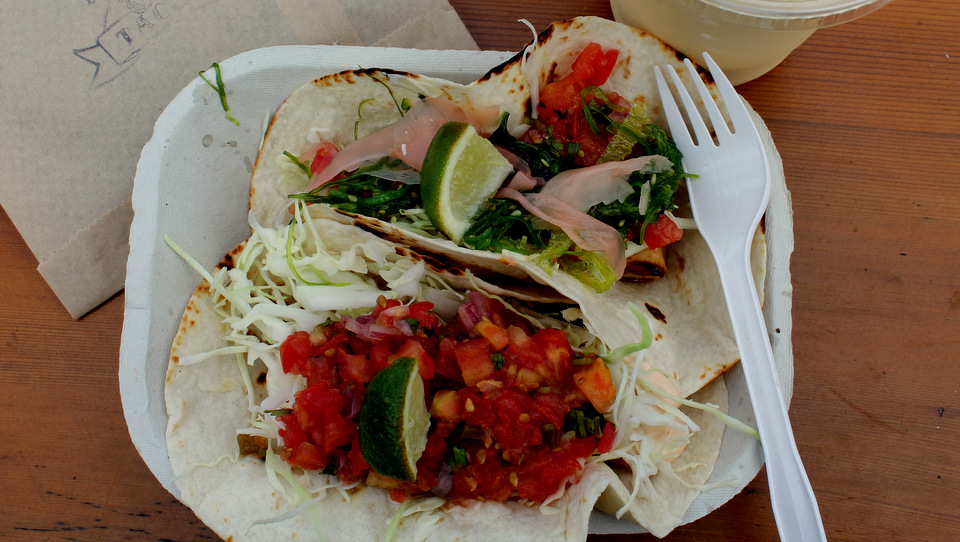 12. (and the rest of the food is pretty terrific too).

Perennial favourite Spotted Bear serves up the freshest albacore tuna tartare with tamari and truffle vinaigrette and smoked mussels in pine broth, while the newbie everyone’s buzzing about, Wolf in the Fog from the former chef of the award-winning Wickaninnish Inn, tempts guests to gather around a 14-foot communal table made of fir for more locally-inspired eats.

13. Or forget the middleman — and slurp oysters right out of the water.

With its pristine inlets, Tofino is ground zero for fresh briny oysters served raw, fried, barbequed, baked or any other way you can imagine. But we’ll one-up the best the local restaurants have to offer — and yes, that’s saying something. Once a year, as part of the Clayoquot Oyster Festival held every November, visitors can hop a boat to Lemmens Inlet and suck ‘em back while they’re still dripping with seawater. Bivalves don’t come any fresher than this. ($30)

Hop on a bike at your hotel, go for a hike — Tofino has endless ways to burn off your dinner.

15. And speaking of burning…

While you’re out here, get thee to Hot Springs Cove. There, geothermal pools are naturally heated up to 50°C (that’s hot!) and sit between rocky crevasses inMaquinna Marine Provincial Park. It’s a trip to get there (about an hour and a half boat ride alongside seals, otters and — if you’re lucky — whales, followed by a 1.2-kilometre stroll through the rainforest atop a floating boardwalk). Take the float plane back to soak it all in from above; it takes Tofino’s magical ruggedness to a whole other level.