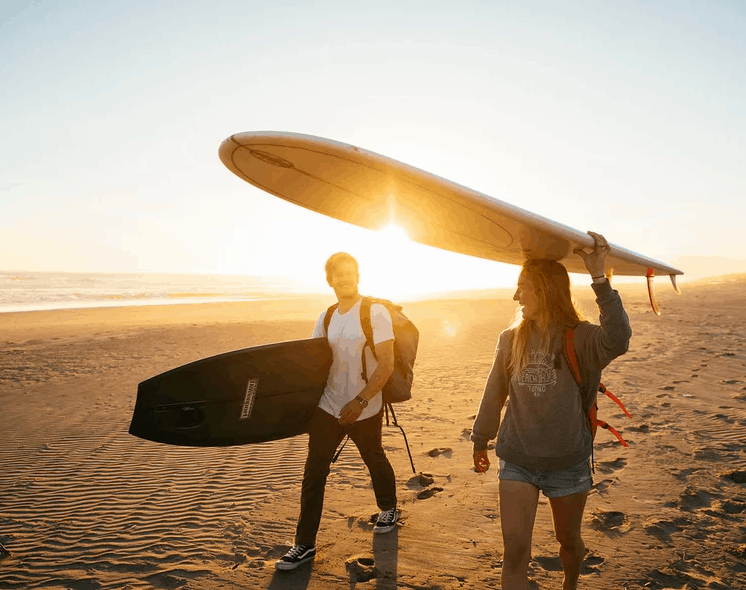 There are a lot of things you are likely to be thinking about, the first time you drive the 100 miles or so of British Columbia’s Highway 4 from the Strait of Georgia, over the mountains to the Pacific Ocean and the little town of Tofino. There’s the fact that Canada is so big, and, apparently, so lightly populated. Then there’s the scenery—massive lakes, steep peaks, groves of giant Douglas firs, the occasional rushing stream or, if you know where to turn off, epic waterfalls. Most of all, particularly as the highway narrows and starts winding its way down toward the rugged coastline, you’ll be thinking about how far away you’re going, from pretty much everywhere.

It is not likely, however—not until your first visit, anyway—that you’ll be thinking about the food. And how good it is, all the way out here, at the end of the line, in the middle of absolute nowhere, next stop, Japan. 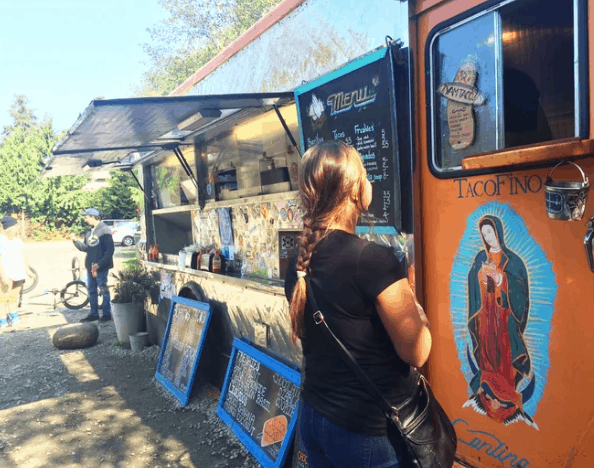 To get to Tofino, most people first have to make the already lengthy trip to the city of Vancouver, drive a car onto a ferry for an hour or two, then drive for hours more to their final destination. Even if you happen to live within sight of the most convenient ferry departure point, getting to one of Canada’s most sought-after destinations can take roughly half a day, unless you fly. Even still, most people end up doing the last leg on their own, over the mountains, through one of the most unstable bits of ground on the North American continent—one or two good shakes in the next big earthquake and the highway’s pretty much gone, or at least some very hard-to-rebuild parts of it.

So—why bother? Simply because there’s no place on earth quite like it. Not in Canada, not in the United States, not anywhere. It starts with the natural bit: Magnificently wide, flat and sandy beaches, endless rocky coves, ancient rainforest, hot springs that spill down into sheltered tidepools, an ocean that’s heaven for surfers, coastal trails to be hiked, whales everywhere, in season—the blend of beauty and topography and the area’s specific, temperate climate (it’s not unheard of to see shirtless locals playing soccer on the beach on a sunny afternoon in February) echo Southeast Alaska, if that rugged region had a Big Sur or a Santa Cruz, all the way up there, rounding down the sharpest edges. Tofino is, if you like, the very best of the North American West Coast in rather dramatic miniature, marrying all of the region’s best qualities in one easily digestible package. It is as much a stunning bit of nature as it is a frequency, something to tune into, some place you can leave the world behind and be one with the earth and with others who love it as much as you do. 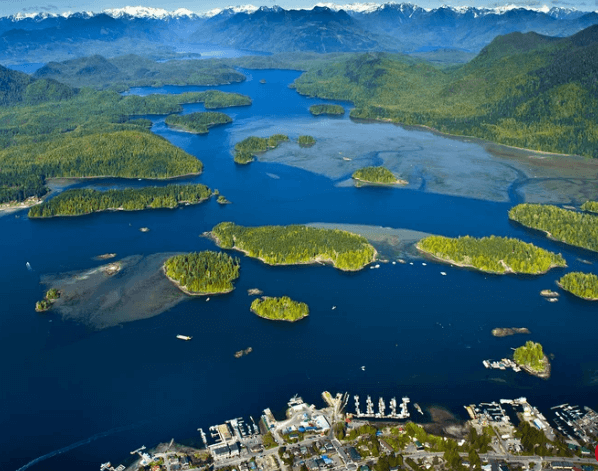 Of course, you’ve got to eat. Which is when things get really exciting. There are plenty of beautiful destinations in the world, many of them far from anywhere, but only a lucky few are ever able to attract, and sustain, a critical mass of the type of people that have worked to make tiny Tofino such a culinary hotspot.

Then again, it’s not as they didn’t have a lot to work with; when you can walk from your restaurant directly down to the docks and deal with the local fisherman yourself, you can’t really complain about obstacles. Particularly not when your remote location happens to be on Vancouver Island—if you can’t source it from a farm somewhere out here, chances are, you could do without it. All that taken into account, Tofino’s status as one of Canada’s best little culinary capitals makes much more sense. Really, if they couldn’t make a go of it, there had better be a really good excuse.

For years, however, there was—until the 1960s, there wasn’t a highway; it wasn’t paved until years later. The town didn’t really come on the radar for its food until the 1990s, when a luxury lodge made its debut on one of the area’s most sought-after beaches. Suddenly, here in the middle of nowhere, above waves crashing endlessly on rocks, there was fine dining. White tablecloths. Proper wine lists. Still, many more years passed before things really began to pick up—over the last decade, it is as if Tofino has been making up for lost time, to the point where visitors will now find themselves failing quite badly at getting around to trying everything that’s worth having. Not unless they’re lucky enough to be staying for a month. 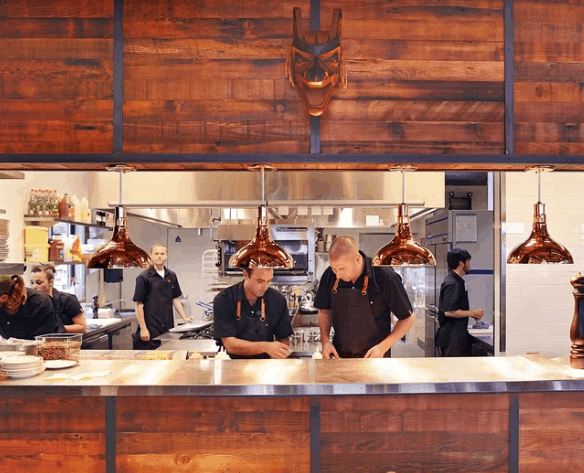 What time you do have, however, ought to be dedicated to its very best offerings. The somewhat astonishing Wolf In The Fog tops most lists these days; a former chef at the aforementioned lodge, Nicholas Nutting has created what is not only the most noteworthy restaurant in town at the moment, but one of the best in Canada, and they’ve got the awards to prove it. You can do a proper evening out here, sure—but after a day of hiking and hot springs, say, you could also just grab a seat at the bar, order an obsessively-perfect cocktail, a bottle of British Columbia wine, a bowl of house made pasta, whatever seafood sounds good and call it a (perfect) night. Across the street, at the cool, casual Kuma, there’s the only ramen you’ll likely find for miles, and a very proper ramen at that; a block away, the new Basic Goodness is getting top marks for its Neapolitan-style pizzas, fired in a wood oven.

With Tofino being so tiny, it’s impossible to fit everything into the center of town—some of the best things you’ll try while you’re here is out along the highway, beginning in the rather faceless industrial park, just on the edge of things. Tofino Brewing Company, for example, isn’t just a place to drink great beer—here, one of the area’s most abundant crops, kelp, goes into a terrific stout—it’s also one of the best hangouts in town on a rainy afternoon or evening. Across the street, Tina Windsor’s ambitious Picnic Charcuterie does very good cured meats—quite often with a local twist. Next door, the underrated Red Can Gourmet cooks for you, when you’re too lazy to go out. 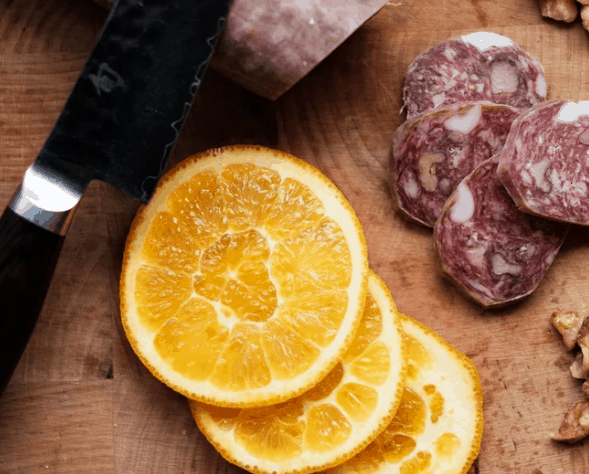 Inevitably, during your stay, you will end up making multiple visits to the busy, Malibu-ish village center, out on Tofino’s fringe—besides basic necessities, the rather informal complex contains some of the area’s best-loved eating institutions. There are a couple of good options here, but most people will head straight for Tacofino, the bright orange truck with the Virgin of Guadalupe painted on the side, way in the very back of the bustling center, typically a mish-mosh of hippies, surfers, urban stressites in their BMW crossovers and amused tourists.
Open since 2009 and a year-round lifeline for hungry adventurers, winter dwellers, and the casual weekend warrior alike, Tacofino’s humble truck serves up some of the Northwest’s best fish tacos, along with absolutely massive, après surf-worthy burritos, washed down by your choice of Jarritos sodas. Claim an orange chair, just like everyone else has—you may have to wipe it down after a recent downpour, it’s no big deal—eat your fish tacos, breathe in the bracing sea air, contemplate your surroundings, and start figuring out how you’re ever going to get back to this place. 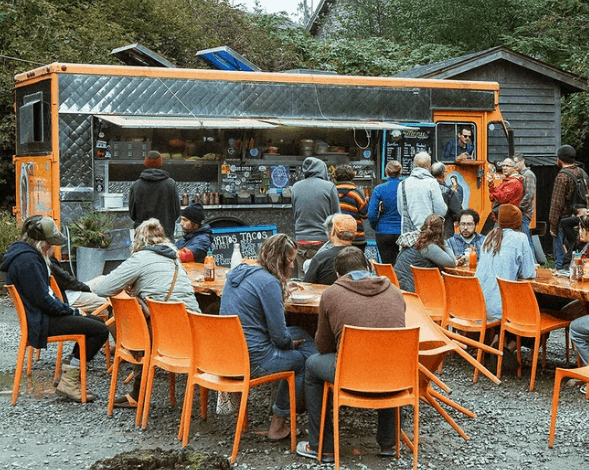