It isn’t lost on Tofino surfing stars Peter Devries and Mathea Olin where they are for the World Surfing Games beginning Thursday in Tahara, Japan.

The dream is to return to Japan in two years when surfing makes its Olympic debut at Tokyo in 2020.

Olin is the rapidly rising 15-year-old prodigy who has already received plenty of media coverage, while Devries is the durable veteran hoping a late career wave surges him on to the Olympic podium.

“The Olympics will be exciting for the surf world and it keeps you motivated and pushing forward,” said Devries, after riding home-wave Island advantage in winning his eighth Canadian men’s title this year at the Surf Canada Nationals held at Wickaninnish Beach.

Bethany Zelasko and Paige Alms join Olin on the Canadian women’s team for the World Surfing Games, while Devries is joined by Sean Foerster and Cody Young on the Canadian men’s side. The respective men’s and women’s team alternates are Noah Cohen and Hanna Scott, both of Tofino. These eight have emerged as the early favourites for the Canadian team to the Olympics.

Olin won Canada’s first-ever international gold medal in longboard at the 2017 Pan American championships in Peru. She grew up on the Island idolizing the likes of Tofino legends Devries, Cohen and Mike Darling: “I started on a foam board and learned so much from watching those top surfers in Tofino, and then doing it myself. The ocean is our backyard and it’s part of everyday life in our community.”

Zelasko, Alms, Young and Foerster are using their birthright to compete for Canada. The 30-year-old Alms, well-regarded within the sport as a professional Hawaiian big-wave boarder, was born and raised in Victoria to age nine before moving with her mother to Maui. Zelasko is from Huntington Beach, California, but was born to a Canadian mother. Young is from Maui and Foerster from Costa Rica but both have Canadian parentage.

“I think this is a very strong Canadian team,” said Devries, in a statement.

“Everyone is competitively savvy and I feel like the whole team is versatile in different conditions that can be thrown at us over there.”

After qualifying at home this summer through the Surf Nationals at Wickaninnish and RipCurl Pro International on Cox Bay in Tofino, the Canadian surfers are happy to ditch the wetsuits and that shivering feeling.

“I’m feeling good and excited to do an event outside of Canada for the first time in a long time,” said Devries.

“I’ve just been getting my boards dialed and having a great summer heading into the event. I feel like the biggest adjustment for me is going to be surfing in warm water without a wetsuit and boots.”

Canada will be coached at the World Surf Games by Shannon Brown: “This year’s team is by far the strongest team that Canada has ever sent to a world event, so I’m exciting to be a part of it.”

Brown noted how tough the qualifying competitions were this year in Tofino: “We have several alternates who didn’t qualify at this year’s Surf Canada Nationals who are just as talented as the athletes who we have competing. It’s a great testament to where the level is at in Canadian surfing.” 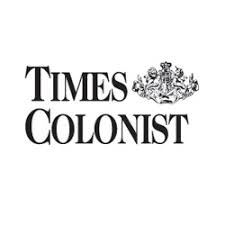