During our last roadside stop on a six-hour drive from Victoria, British Columbia to the rugged west coast of Vancouver Island, my Dad and I watched a tall and lanky German tourist with a tuft of hair on his chest climb a twenty-foot rock in the hot August sun.

He stood on the edge of the smooth grey cliff, turned his back to the cold mountain water and faced the stands of giant cedars on the glacially-carved hillside. He paused, put his arms straight by his side and shouted, Eins, Zwei, Drei! before backflipping beautifully into a little cerulean pool of the Kennedy River.

He splashed and slid about playfully in the water as his friend, a much hairier and bear-ier man, recorded him on a GoPro from the side and boomed exclamations after capturing his friend’s daredevil stunt.

Welcome to Tofino, I thought. 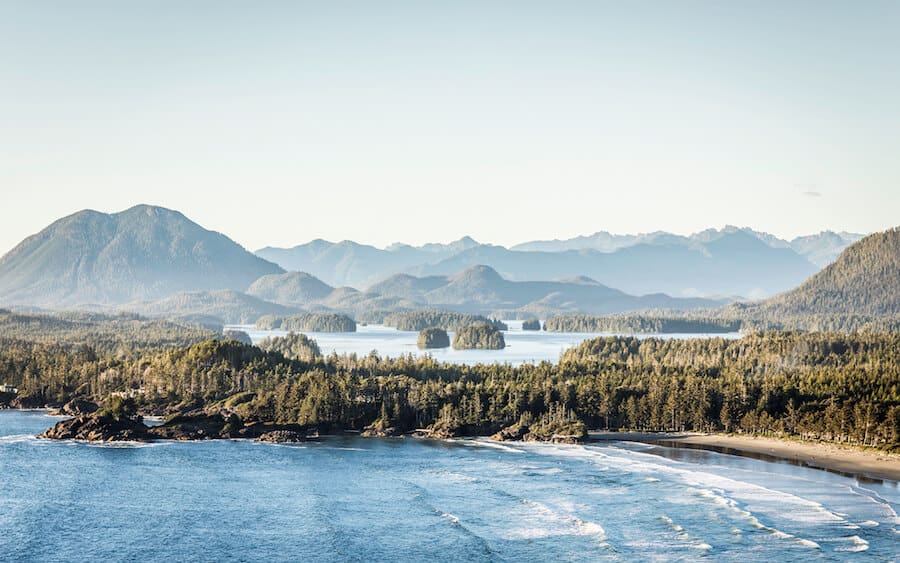 Before my trip, I had gawked at photos of the gorgeous district of nearly 2,000 that sits on the Esowista Peninsula in the Clayoquot Sound and read about the region’s first people, the coastal Nuu-chah-nulth.

Tofino, British Columbia rests among a land of towering mountains, massive freshwater lakes, temperate coastal rainforests, seasonally snow-covered beaches, wolves, bears, sea otters, river otters, werewolves (seriously, Twilight: New Moon was filmed in the area) and epic Pacific swells that have made it an internationally known surf town. It is, in essence, a land lover’s paradise, a wildlife enthusiast’s dream, and an outdoors person’s playground, but the town welcomes all with a crafty food and arts scene.

After we got back into our car rental, we drove the remaining forty minutes on the Pacific Rim Highway that swerved us through the coastal marine layer and by wide black sand beaches freckled with white sand dollars before we arrived in town.

As my Dad and I settled into our little Airbnb on the waterfront, we watched bald eagles flap by as the sun set starfish pink over the Pacific. We watched seaplanes coming and going from Vancouver, struggling for liftoff from the water like flapping loons.

The following morning was overcast, with sprinkles of rain. Tofino, after all, receives about 200 days of rain and 7 days of snow a year. After grabbing coffee at Rhino, one of Tofino’s many little coffee shops, we strolled through town towards The Whale Center so we could get out on the water, take in the region by boat, and hopefully see whales. But I was especially hoping to see an entirely different sea mammal, perhaps my favorite animal, Enhydra lutris, the sea otter. 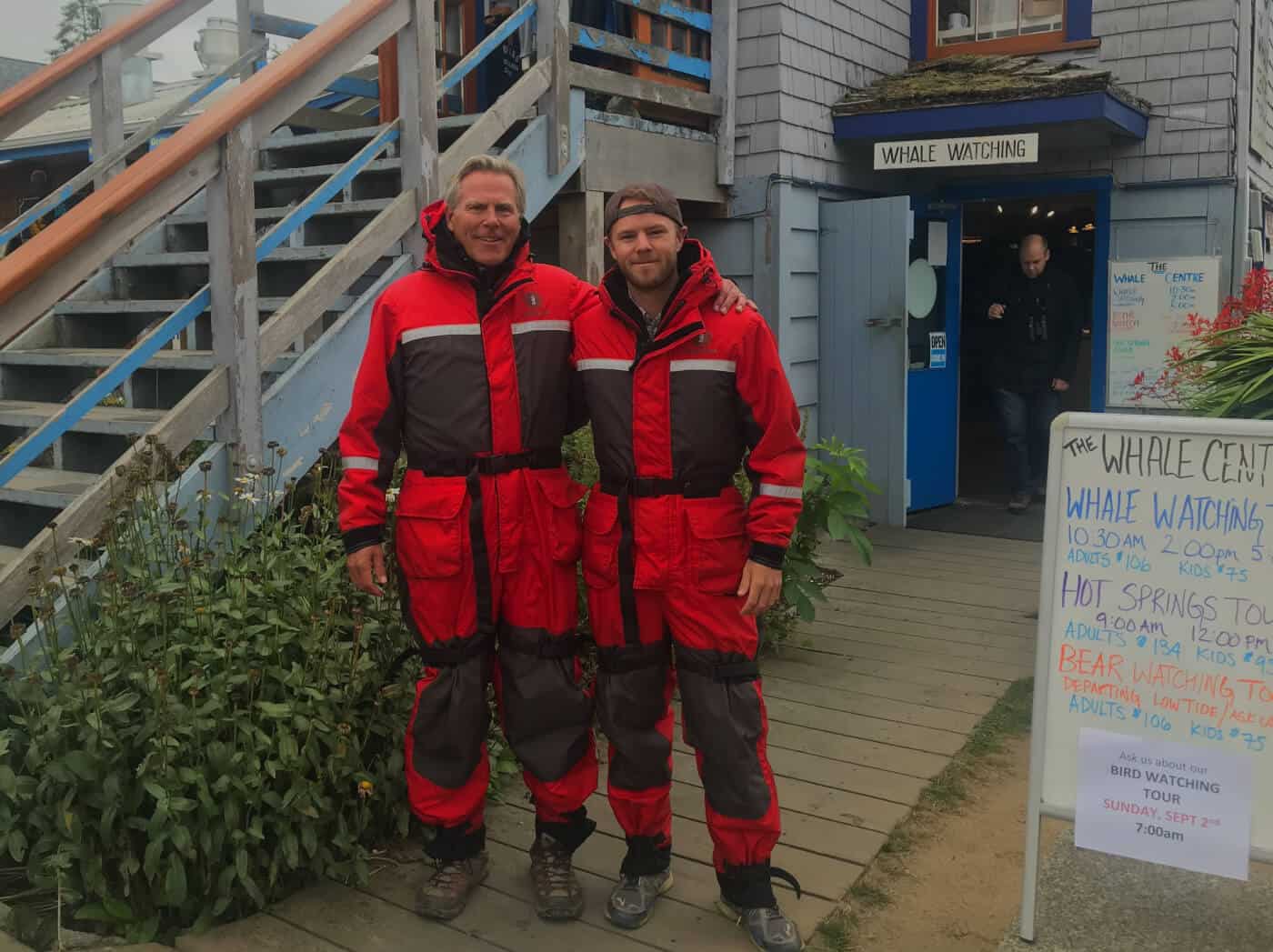 We checked in at the center for our tour before stepping into our mandatory firetruck red anti-exposure coverall flotation suits. As we waited for the other tour guests, I read about the company’s other experiences. They offered full-day tours to remote hot springs (perfect for the region’s moody, cold days) as well as “bear-watching” tours that took visitors to remote shores were black bears scavenged for food.

I’ve had the lucky opportunity of countless sightings on trails and at campsites from California to Canada with the beloved Ursus americanus, so I was happy we picked the whale tour, to see animals I rarely came across. That said, the thought of bears on the rocky shores beside the sea seemed truly exotic—I’ll have to come back, I thought.

After my Dad and I and six others boarded the small tour boat, we got a safety debriefing from our guide and captain, Howie, who told us of his love for his job. The man doesn’t take a day off during the high tourist season and also told us that he loves Tofino so much, he hasn’t left the area for over a decade. His Instagram is a love note to the region’s wildlife—he’s captured swimming wolves, breaching orcas, and rafts of otters.

Once on board, we threaded through the inlet slowly, curved around the peninsula, then rocketed out of the no-wake zone into the open waters of the Pacific. For a few minutes, we blasted across the sea as the boat smacked against the waves before coming to a complete stop.

Bobbing beside us was a large forest of bull kelp. It was slimy, brownish red, partially puke green, and wiggled with each oncoming wave. Also known as Nereocystis(which is Greek for mermaid’s bladder) the brown alga is an amazing specimen that dominates the waters of the Pacific Northwest. But we didn’t stop to inspect the kelp.

“Well, would you look at that!” Howie said over the boat’s intercom, “We’ve got an otter, here!”

Anchored and tied securely in the kelp was a large, mature sea otter lounging on its back.  It massaged its head with its furry little paws as if it were shampooing itself. Its face was lighter than its dark brown body and it began scratching the coarse fur on its tummy as its feet sculled about.