The thing about places like Tofino is you don’t simply end up here by accident. It takes effort and once you’re here, you feel part of a special club – where even its longtime members seem genuinely happy you’ve arrived.

Tofino, situated on the west coast of Vancouver Island, is a bit of an anomaly. It’s a thriving foodies’ hub and the surfing capital of Canada that’s set in a rather isolated, windswept location found within the traditional territory of the Tla-o-qui-aht First Nations.

Here you’ll find no cinema and a lack of certain services (like veterinarians, for example). Yet the people are warm, hardy and supportive, and most seem to possess an entrepreneurial spirit that instantly inspires and wows. In fact, Tofitians will proudly mention the teeny town’s 500-plus business licenses issued each year and the fact that most residents here hold two or three jobs.

Tofino loyalists confess that, “At any time, Tofino can catch you unaware.” This also explains why “so many return visitors soon become neighbors.” General Manager Jorge Barandiaran, of lauded restaurant Wolf in the Fog, sums up the non-competitive vibe best: “We welcome new members to this community, honestly. It benefits everyone.”

So how to experience the magic for yourself? Although summer comes with sun-kissed perks, this is also the time when Tofino’s year-round population of 2,000 swells to 10,000 a day. Quieter off-season months still showcase the destination’s best assets (from its explosive culinary scene to omnipresent wildlife sightings), while mixing in such highlights as invigorating storm watching and surfing adventures.

In summertime, float planes make travel quick and easy between Tofino and either Seattle or Vancouver. However, year-round flights (weather-dependent) also shuttle island goers between Vancouver and Tofino’s compact Long Beach Airport. Pacific Coastal Airlines leaves from Vancouver’s South Terminal, which is easily accessed via a free bus that departs frequently from the YVR main terminal.

Another option involves taking the Clipper from Seattle to Victoria or the ferry from the Vancouver-area to Nanaimo, before driving the four-plus-hour, cross-island route to Tofino. This option allows you to wind through breathtaking Cathedral Grove in MacMillan Provincial Park, make pit stops at Coombs Old Country Market and, in Port Alberni, to pick up treats from The Donut Shop at Harbour Quay.

Thanks to Tofino’s exposed coast (Japan is the closest landmass), off-season months prove ideal for grand storm watching adventures. Feast your eyes from the elegant-meets-cozy Wickaninnish Inn – the classic spot from which to view whipping winds and crashing waves. Simply slip into complimentary rain gear provided in each room (including rubber boots, sized to fit), or cozy up fireside at the charming Driftwood Cafe or in the Lookout Library, which features expansive views of Chesterman Beach.

Tofino Resort + Marina offers laid-back lodging in a stunning setting that’s ideal for outdoors enthusiasts. As the region’s only waterfront resort and marina, the venue lives up to its “inspired by adventure” tagline by offering excursions ranging from whale- and bear-watching tours to hiking excursions (on Lone Cone Mountain, Meares Island and Vargas Island) and hot springs cove cruises.

After fishing expeditions, the talented chefs at 1909 Kitchen happily turn your prize catches into an unforgettable meal to be enjoyed inside their cozy, welcoming restaurant.

Tofino’s compact “downtown” proves the perfect place to while away some hours. Start the day with breakfast sandwiches at popular gathering hub Rhino Coffee House. Chat with locals as you pop into hip spaces ranging from Mermaid Tales Bookshop and the gallery of photographer Jeremy Koreski to shops like Salt Tofino, Habit and Surf Sister, HQ of some of Canada’s coolest wave-riders.

Time and again, you meet locals in Tofino who visited, fell in love and relocated on a leap of faith – feeling the indescribable pull to call this place home. After a few days here, you begin to wonder if you, too, might just fall under Tofino’s mystical spell. 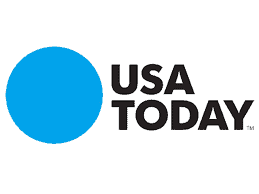