Home News + Blogs Tofino, B.C., Will Transform You Into the Ultimate Outdoorsman

Before we start morning yoga during my stay in Tofino, a travel companion tells us that, on another trip, she was recently invited to a session of goat yoga. “Goat yoga?” Yes, where goats wander around as you stretch.

Our instructor has never heard of this practice, but considers it for a moment. “I suppose that’s a way of getting you more connected with nature,” she says generously. Her sentiment is clear: here, with the sound of waves crashing against the rocky shore and pops of lush greenery contrasting with moody grey fog, there is enough nature. You don’t need to add goats to your yoga.

The last decade has introduced no shortage of wellness gimmicks. But in Tofino, you quickly come to remember that there’s a way to enjoy wilderness and the wavy lifestyle that it inspires authentically, too. Kombucha, man buns, plaid flannel — in this setting, they all feel less like fads and more like part of a true way of life. 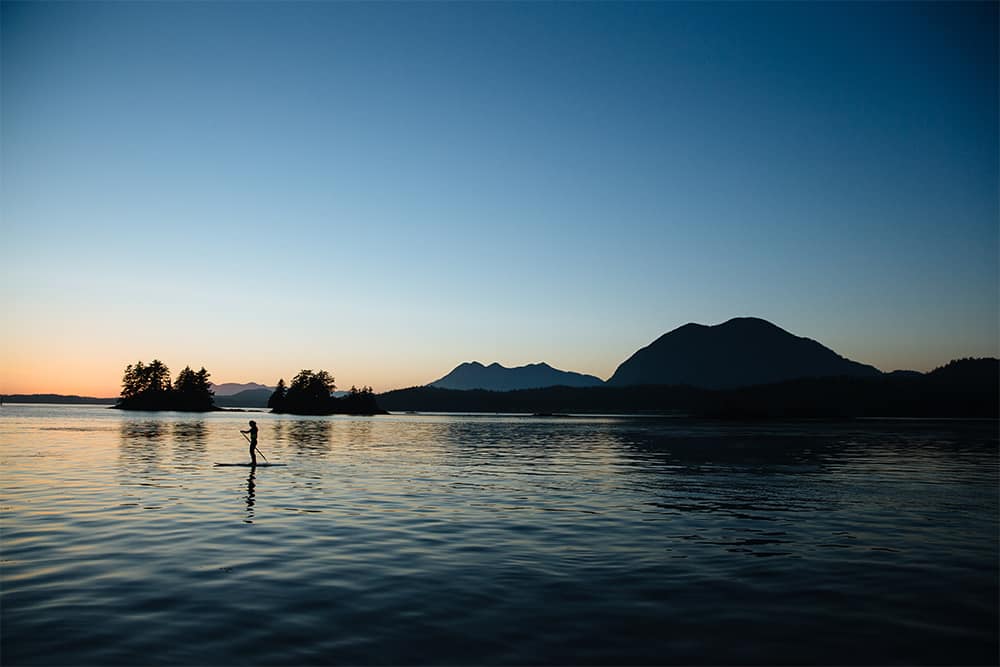 Perhaps that’s because they make such a natural complement to all of the classically outdoorsy activities on offer. On my second afternoon in town, I step aboard a boat to go black bear watching in Clayoquot Sound with Browning Pass Charters and quickly spot a mom and two cubs, plus a school of sea lions sunbathing on a nearby rocky island.

Another morning, on a sunrise fishing trip out to the middle of the ocean with Tonquin Fishing Charters, my guide, John Nikiforuk, sets me and my companions up to reel in halibut, vermillion, and lingcod — all then expertly prepared for dinner that night by Nick Nutting, the head chef at Wolf in the Fog, as part of the destination dining spot’s Catch and Cook program. Crowned EnRoute’s Best New Restaurant in Canada in 2014, the rustic dining spot (think a wolf sculpture built out of driftwood) remains famous for both its potato string-wrapped oysters and its cocktail menu, which includes fare like the Cedar Sour, made with cedar-infused rye. (IPAs from Tofino Brew Co. and small-batch gin from Tofino Craft Distillery make for excellent nightcaps afterwards.) 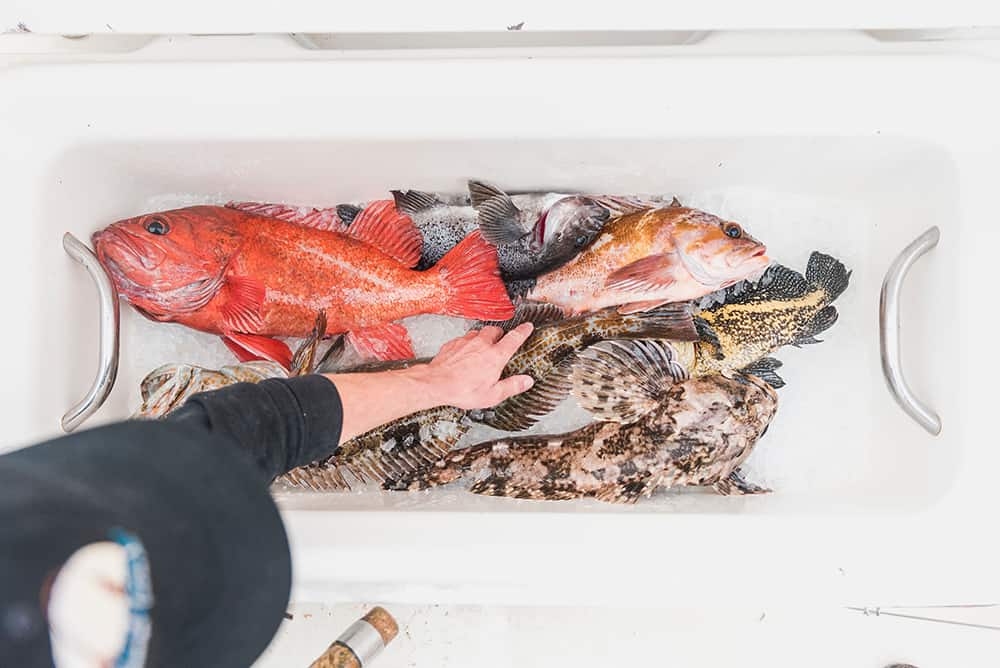 The Wolf in the Fog is not the only highly praised restaurant in town, either. During my stay, Paul Moran, the chef at 1909 Kitchen, was crowned this year’s winner of Top Chef Canada. And Tacofino, now a full-blown British Columbian empire with eight locations across the province, has its origins here in the food truck that serves up fish tacos behind one of the local surf shop parking lots. It seems that something about having an incredible bounty of fresh seafood to work with each day makes Tofino a magnet for serious culinary talent. 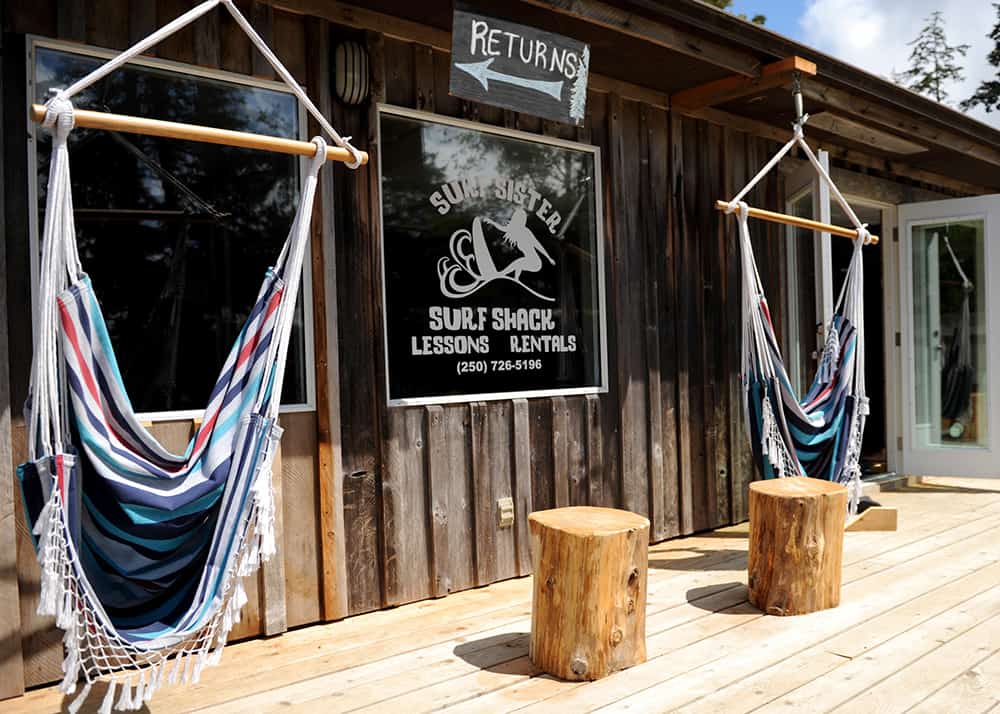 Which brings us back to the city’s main attraction: the roaring ocean. Expect to see people in wetsuits and overhear conversations about the surf conditions pretty much everywhere you go in Tofino. Case in point: my morning yoga instructor began our class by identifying which muscles the class would help prime for surfing later that day. And sure enough, after a couple of hours of subsequent instruction from the team at Surf Sister — and a couple of mouthfuls of swallowed saltwater — I was standing up on my board, admiring the sandy coastline. (For a couple of seconds, at least.)

So if you’re looking for the ultimate nature escape, book a trip as west as you can get on Canadian soil and surf, eat, and Downward Dog your way through Tofino. Dare we say, it’s a soul cleanse that may just earn the title of GOAT (as in the greatest of all time) Canadian getaway.

Arrive:
Pacific Coastal Airlines offers daily flights from Vancouver International Airport that will have you on the ground in 45 minutes.

Stay:
Pacific Sands Resort lets you wake up next to the water, with cozy oceanfront lodges and modern suites located in the intimate Cox Bay. Surf lessons, yoga classes, and bike rentals are all available onsite, alongside a surfside grill serving up fish and chips for afterwards. 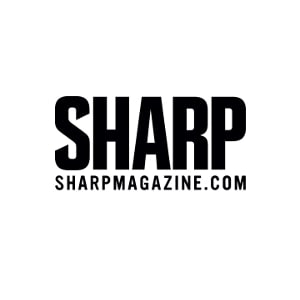