Tofino, British Columbia (CNN) — Daybreak in Tofino, Canada, is measured in layers of fog. This time of year, the mist often rolls in, shrouding the dense cedar forests and wide, sandy beaches in gray gauze.

My daughter and I have wandered from the coziness of our room at Hotel Zed into the damp morning to follow a trail that leads through the silent forest to a bird sanctuary. I’m hoping to see a wolf fishing for breakfast on the mudflats of the Tofino Inlet at low tide or a bald eagle perched high in an alder tree.

“Find an eagle feather,” the hotel’s psychic had counseled me the day before on a Zoom call (because, Covid), when I told her I was hoping to recapture the bohemian energy of my youth while visiting a town synonymous with free spiritedness.

“It’s not just peace, love, hug a tree,” she said. “How do you want to experience Tofino? What will happen if you just let it rip?”

What, indeed? And so, with no wolves or eagle feathers in sight, we climb onto beach cruisers, point them toward Chesterman Beach, and pedal madly into the fog, wet sand splattering our clothes.

Over the next few days, we’ll surf, forage, stuff our faces with local seaweed and seafood and, yes, even hug an 800-year-old cedar tree.

Tofino, which juts out from Vancouver Island’s west coast, is having a moment. Jeremy Koreski

Like so many others, we’ve come to Tofino seeking nature’s balm — the past six months of pandemic isolation have been hard. But even before Covid-19, this tiny hamlet of 2,000 was having a travel moment. Located on a thumb-shaped peninsula that juts out from Vancouver Island’s west coast, the former fishing and logging town has been growing in popularity for decades.

People from all over the world come to kayak and paddleboard in Clayoquot Sound, a UNESCO Biosphere Reserve. They come to hike the rainforest trails in Pacific Rim National Park Reserve.

Increasingly, they come to surf Tofino’s trio of wide, sandy beaches with consistent whitewash that makes it possible for newbies to actually stand on their boards. Some even come to find themselves; it’s not uncommon to meet millennials living in a van while they work three jobs, surf and forage for chanterelles in the forest.

What all of these pursuits have in common is nature. You can, literally, bathe in the ocean and rainforest, breathe fresh, cedar-scented air, live off the land, maintain distance from other humans and pretend the world is A-OK, man.

Tofino is Canada’s original hippie town, and it’s still the crunchiest place in the country.

A haven for draft dodgers and misfits

McDiarmid grew up in Tofino — his father was one of the town’s original doctors — and he’s seen it evolve from an isolated village with just a coffee shop, liquor store, hotel and hospital, into a traveler’s Shangri-La. The metamorphosis began in the 1970s, after Pacific Rim National Park opened and the road to town was finally paved.

The metamorphosis of Tofino began in the 1970s, after Pacific Rim National Park opened and the road to town was finally paved. Todd Byrnes

“That started a wave of more people coming to Tofino as tourists, camping on the beaches. Also, all the ‘conscientious objectors’ came too. … the U.S. hippies and draft dodgers came and they formed communes — they were afraid the US government would hunt them down. Many made this their home and they stayed,” says McDiarmid. “And everyone with a VW van drove to the end of the road, and we were the end of the road.”

One of those hippies was Maureen Fraser, who arrived from Toronto in her Ford Econoline van in 1976. She’d fallen in love with Tofino on a previous trip and vowed to move to town and open a bakery after she couldn’t find a cinnamon bun anywhere.

“It just captured me — walking on the beach, the waves rolling in,” says Fraser, who initially lived in a beach shack.

Over 40 years later, she’s still making bread at her bakery, Common Loaf Bake Shop (and she’s still not wearing makeup or a bra). Fraser defied the hippie stereotype by starting a successful business, and she surprised herself by becoming an activist.

The birth of BC environmentalism

During the 1980s, logging company MacMillan Bloedel had plans to clear-cut Meares Island, a looming isle across the inlet that supplies Tofino with its fresh water.

Fraser was soon organizing protests with like-minded hippies and other Tofino residents, along with the local Tla-o-qui-aht First Nation.

Tofino’s tourist scene has grown in recent years, but the vibe continues to be low-key and laid-back. Kyler Vos

“It was your classic hippies against your classic rednecks,” recalls Fraser. “We lobbied for forest preservation and argued that logging would damage tourism, which was just getting underway.”

The heated disagreement culminated in 1993 with the War in the Woods, a series of peaceful logging protests that turned into one of the largest acts of civil disobedience in Canadian history.

You’d never know Tofino was once a hotbed of protest today. Station wagons and vans with surfboards affixed to their roof racks line the streets.

Locals form impromptu coffee klatches outside the Tofitian and Rhino Coffee House to shoot the breeze before heading to work or hitting the water.

Tourists enter souvenir shops and art galleries as the summer season winds down. Everyone is friendly.

The hippie spirit lives on

But undercurrents of that rebellious spirit are everywhere. A “Fu@k Amazon” flyer is tacked to the bulletin board beside the local bookseller.

Inside Common Loaf Bake Shop, a feminist sign reads: “I swear it to you on my common woman’s head, the common woman is as common as a common loaf of bread — and will rise.”

And until last fall when it was dismantled, Poole’s Land, a hippie commune just outside of town, provided an affordable refuge for wayfarers trying on the Tofino lifestyle.

Travelers and transient workers could pitch a tent and pitch in on the forested acreage, and purportedly get paid in magic mushrooms, if that was their currency.

Hotel Zed speaks to the town’s hippie heritage, with a 70s color palette, shag carpet in a sunken lobby, and a psychic den for tarot card readings. Courtesy Hotel Zed

The lack of affordable housing has long been a town issue, one that Hotel Zed is trying to address by offering accommodation for its staff.

The hotel also speaks to the town’s hippie heritage, with a 1970s color palette, shag carpet in a sunken lobby and a psychic den for tarot card readings.

“It’s a little bohemian,” allows Mandy Farmer, Tofino’s only female hotelier. She hates “boring” hotels and wanted to bring a psychedelic experience to the new property.

Since magic mushrooms weren’t an option, she opted for a psychic.

That ability to break with convention draws people to the town. Myles Beeby ditched a career in marketing in Montreal to move west three years ago. At the time, he never would have described himself as a hippie.

“Moving to Tofino has changed me. I’m a tree-loving, eco-warrior who organizes beach clean ups,” he says. He bikes to work, and forages for mushrooms in his spare time.

Since everyone seems to be doing it, my daughter and I join Paul Moran, a chef and fifth-generation forager who leads classes to teach locals and visitors how to identify edible items from the sea and forest.

We peel tasty nori from the slick sea rocks of Frank Island at low tide and learn to spot “choice edible” mushrooms, including hedgehogs and chanterelles, growing in the woods just a few miles from town.

Moran explains how mushroom foraging has gone from a hippy-dippy oddity to a mainstream movement. Not only are ‘shrooms delicious and healthy, chefs and bartenders are crazy for them.

And hyperlocal ingredients are hot — restaurateurs around town all practice a philosophy of sustainability and intention around sourcing their food — from foraging their rainforest backyard to buying lingcod and salmon from local fishermen to getting meat and vegetables from Vancouver Island producers.

But at its heart, foraging is another way to connect with nature.

“People want that back to the land experience,” says Moran as we cut bright orange-yellow chanterelles from the damp forest floor.

Surfers: the modern hippies
Twenty or 30 years ago, surfers were just a small element of Tofino’s diverse community. Today, surf culture is a major part of Tofino. Noel Hendrickson

It’s a similar story with surfing. Twenty or 30 years ago, surfers were just a small element of Tofino’s diverse community.

Now, thanks to surf schools such as Surf Sister, whose all-female instructors have helped make the sport more accessible to women, surf boards and wetsuits have sprouted up around town like mushrooms.

As most Tofitians like McDiarmid will affirm: “The modern hippie usually has a surfboard.” And rides a bike.

Her mom started Tofino Sea Kayaking in 1988, when Baert was 18, and she’s seen the town evolve from a hippie haven, to an environmental flashpoint, to a sea kayaking hotspot after a write-up in Outside magazine. Now, surfing is having its moment.

But it circles back to the original surf bums and hippies who made their way to this remote outpost 50 years ago in the first place, to live on (or near) empty beaches ringed by rainforest, and live their lives on their own terms. That’s still a big draw for Tofitians today.

“It’s the idea of freedom that the west coast represents. It’s not constrained. It’s very unconventional out here and people want to find that in themselves,” says Baert. “Tofino is this template where that can happen.” 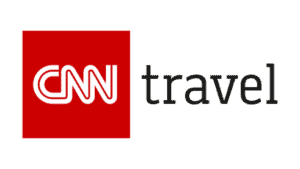